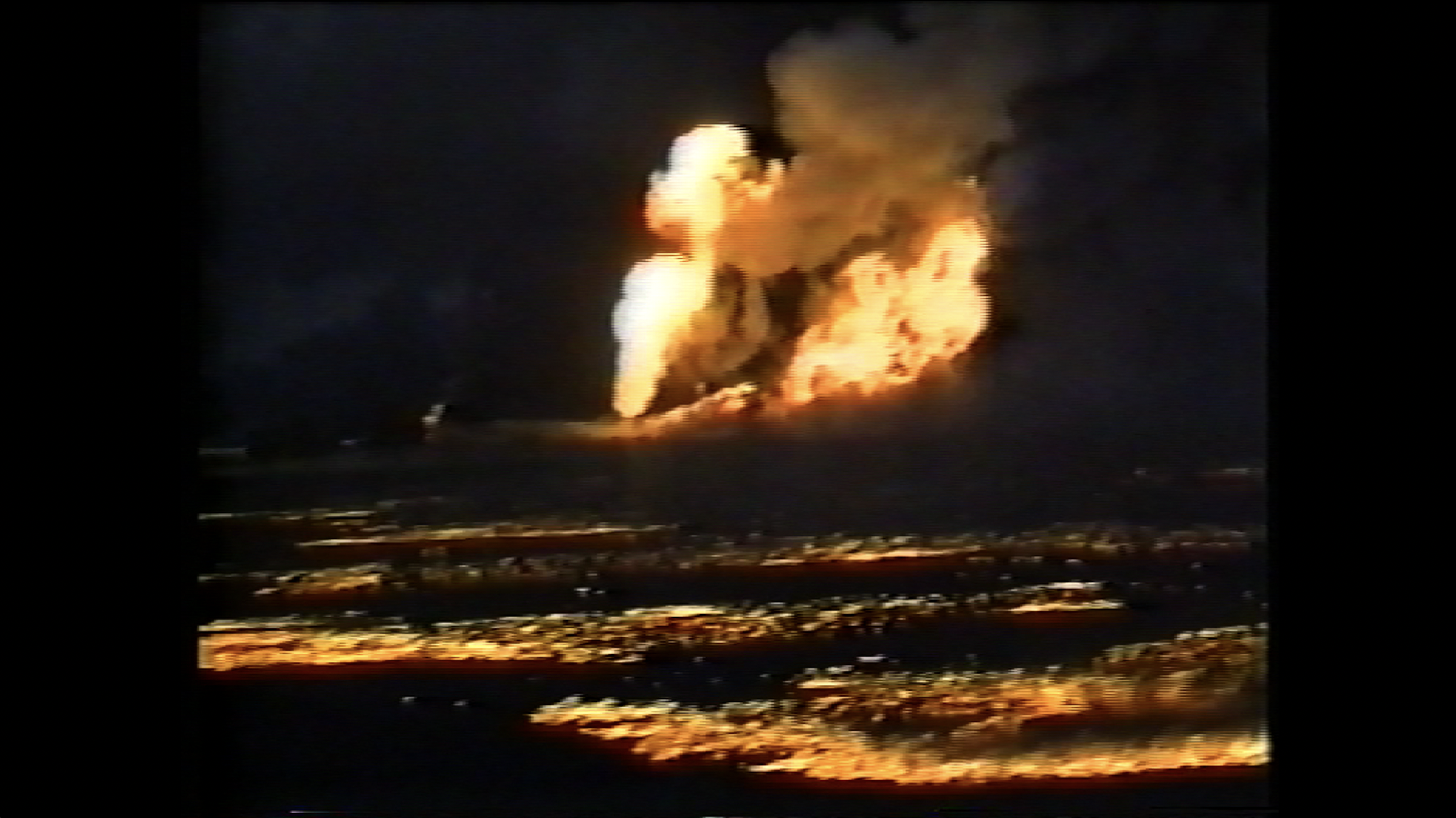 Monira Al Qadiri: Behind the Sun

Behind the Sun* recalls one of the worst human-induced environmental disasters in recent history, when retreating Iraqi forces set ablaze Kuwaiti oil fields during the Gulf War. In this work, Monira Al Qadiri raises questions about humanity’s detrimental impact on land, whether through extractive capitalism, organized violence and endless conflict over resources, or deliberate acts of ecological sabotage. Found footage of the catastrophe is juxtaposed against contemporaneous poetry recitations broadcast by Kuwait Television. The visuals document a long drive under ominous dark clouds, which had turned day into night, to arrive at a horrifying spectacle, where everything seems to be burning indiscriminately, including the soil, trees, and even the air. Meanwhile, the voiceover recites poems praising the divine sense of order, presumably witnessed in the harmony of the world—a world which has clearly been turned upside down in the imagery of an inferno. The orator also evokes the cosmic balance, evinced by the earth’s relationship to the sun and other stars, and yet ironically, the artist shows how the sky is occluded behind raging flames and enormous smoke plumes. The work’s continued relevance is tragically evident, with frequent environmental disasters, and humanity’s exploitative relationship with the land, warning of an impending end to life as we know it.

Monira Al Qadiri (b. 1983) is a Kuwaiti visual artist born in Senegal and educated in Japan. In 2010, she received a Ph.D. in inter-media art from Tokyo University of the Arts, where her research was focused on the aesthetics of sadness in the Middle East stemming from poetry, music, art and religious practices. Her work explores unconventional gender identities, petro-cultures and their possible futures, as well as the legacies of corruption. She is currently based in Berlin.