In the Absence | Public Art Exhibition

INTERACT WITH THE WORKS

Over the course of 5 weeks, Najeeba Ahmed, Deirdre Morisson and Mercedes Ventura met with Connor Byron via the internet in a learning experience focusing on making work inside of the web-browser. Knot Project Space powered by Digital Arts Resource Centre (DARC) and in partnership with the City of Ottawa’s Public Art Program, is pleased to present, In the Absence, a public exhibition of works by all four artists, to be found in multiple vitrines inside of the CF Rideau Centre from October 6th to October 29. All works are interactive and may be accessed virtually by following the buttons listed above. 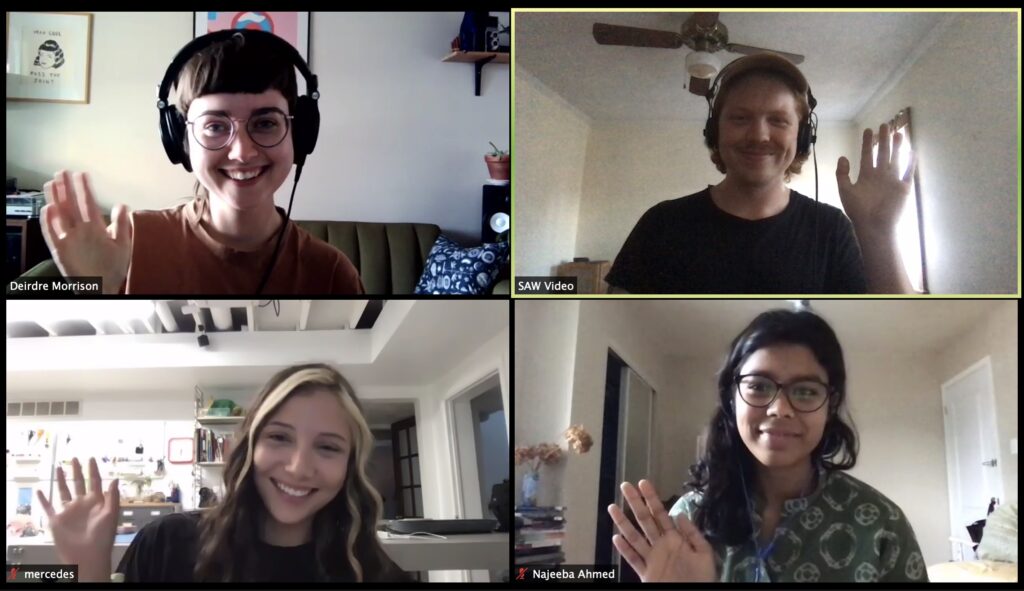 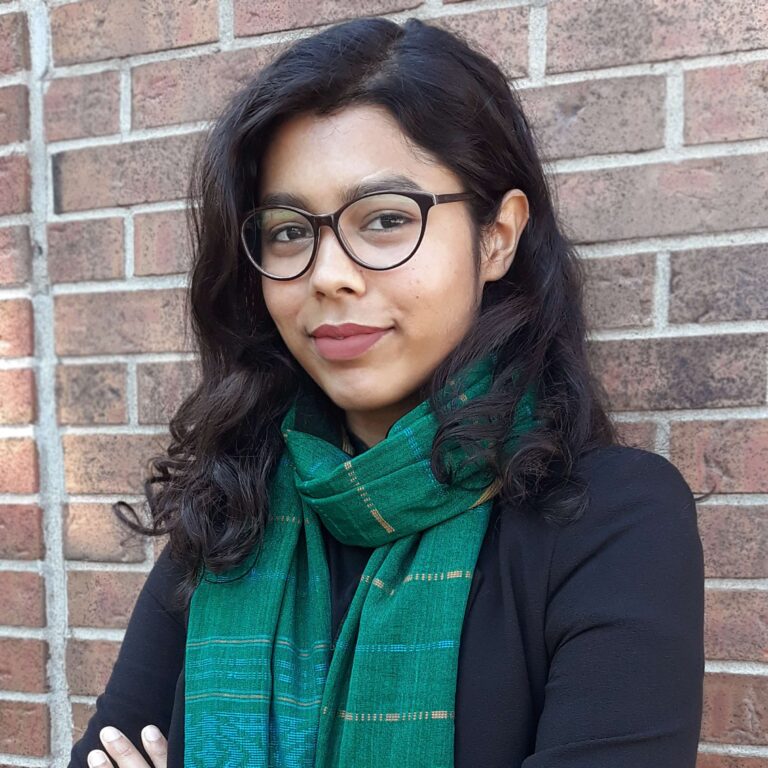 Najeeba Ahmed (they/them) is a transmedia designer, researcher and artist based in Ottawa. Their educational background at the University of Ottawa which included a Bachelors in Science with double major in Biology and Visual Arts, as well as their grassroots experience working for NGO’s in South Asia, informs the integration of various epistemological and ontological lenses within their work. Their interest in the entanglements between the past and the future, culture and technology, the virtual and the tangible are shaped by speculative, decolonial approaches that disrupt and destabilize the conception of the “normal”. Their work has been shown at the Ottawa Art Gallery and Gallery 115 to name a few. Najeeba is currently pursuing their masters in design at Carleton University and spending time rock climbing.

environment, ‘Brishti Pore, Tapur Tupur’ explores the meditative experience of introspection and play with rain. The screen in this interactive web art becomes a canvas inviting the viewer to participate in creating marks, erasures, and connections between the raindrops. The interplay of the screen layers depicting the connection between external and internal states of being, prompts a sense of groundedness towards the present. 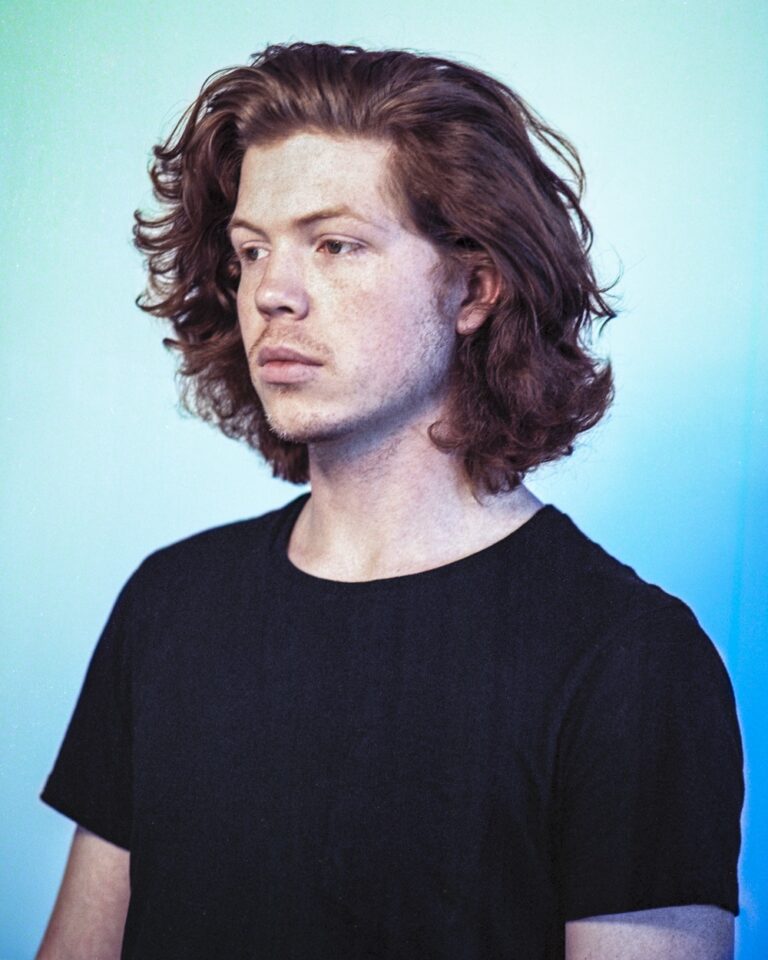 Conor Byron is a software developer and artist based in Ottawa, ON. Specializing in sound and graphics programming, he has designed and developed applications for screen-based platforms, installations, musical performances and theatre projects. Inspired by the tools and techniques of animation, video games and electronic music, he pursues new forms of intimate and meditative audiovisual software experiences.

Fragment Dots is a cubic lattice of shimmering, overlapping circular points whose sizes are changed based on a modulo operation. The resulting pattern created on the surface of the cube depends on the angle from which it is viewed. The work invites its viewers to move through and around it using zoom and rotation. It was made to be stumbled upon, and to entice those who find it into a moment of concentration and quiet reflection. This piece was designed to work well on any device it may be loaded on, relying on interactions that are intuitive and consistent across mouse/keyboard and touch screen interfaces. 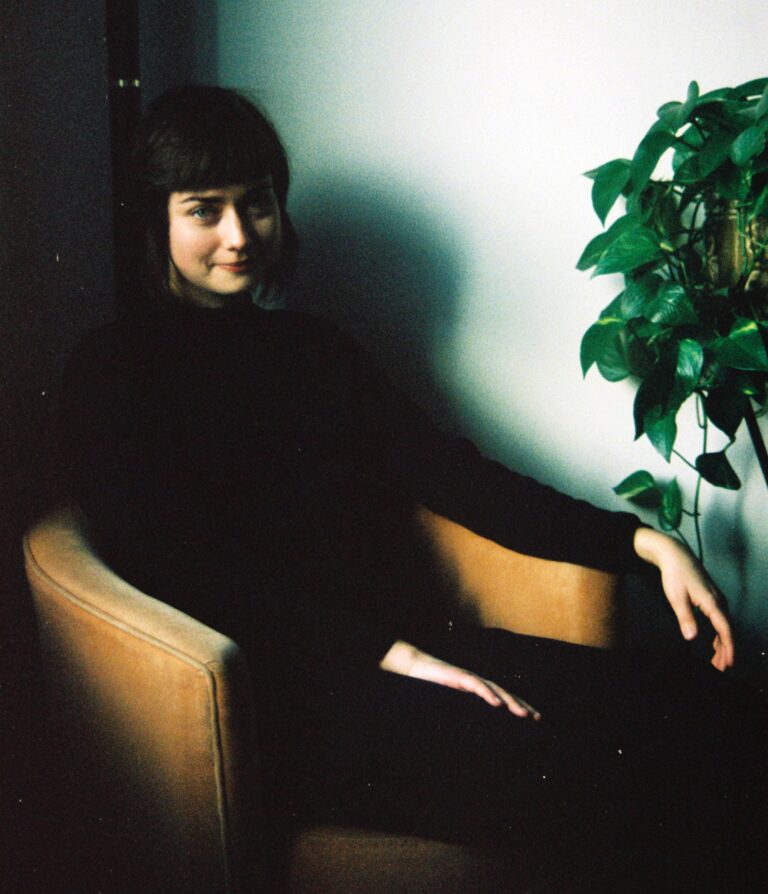 Deirdre Morrison is a sound artist, composer, and audio post mixer who works with audio, video, and 3D environments to create immersive digital settings. As a freelance creative, Deirdre edits, mixes, and composes for independent features, short films, and documentaries. They hold a Bachelor of Arts from the University of Ottawa and have completed programs in Music Industry Arts and Sound Design and Production. Deirdre produces experimental music and has performed at Pop Montreal and OXW. Their artistic practice is informed by an interest in new media and a fascination with the interaction between visual and auditory arts.

An Endless Sound is an interactive web art installation that explores transitional space through movement and sound. Elements of the city and the natural world are combined in virtual space to create an isolated environment for sound to be experienced. The piece contrasts the static behaviour of urban structures with the organic motion of the natural world. The viewer is encouraged to navigate through the space, controlling the speed at which time passes by dragging the cursor. The piece incorporates audio as a seamless loop that is imitative of passing trains and distant waves. The viewer is given the option to control the pace of the world by slowing the rate of the audio. We continually see urban life pushing further and further away from the natural world. An Endless Sound explores the movement from one place to another. In examining our desire to imitate nature and replicate sound from memory, the piece questions: “how do we remember a place?” and “what is revealed by absence?” 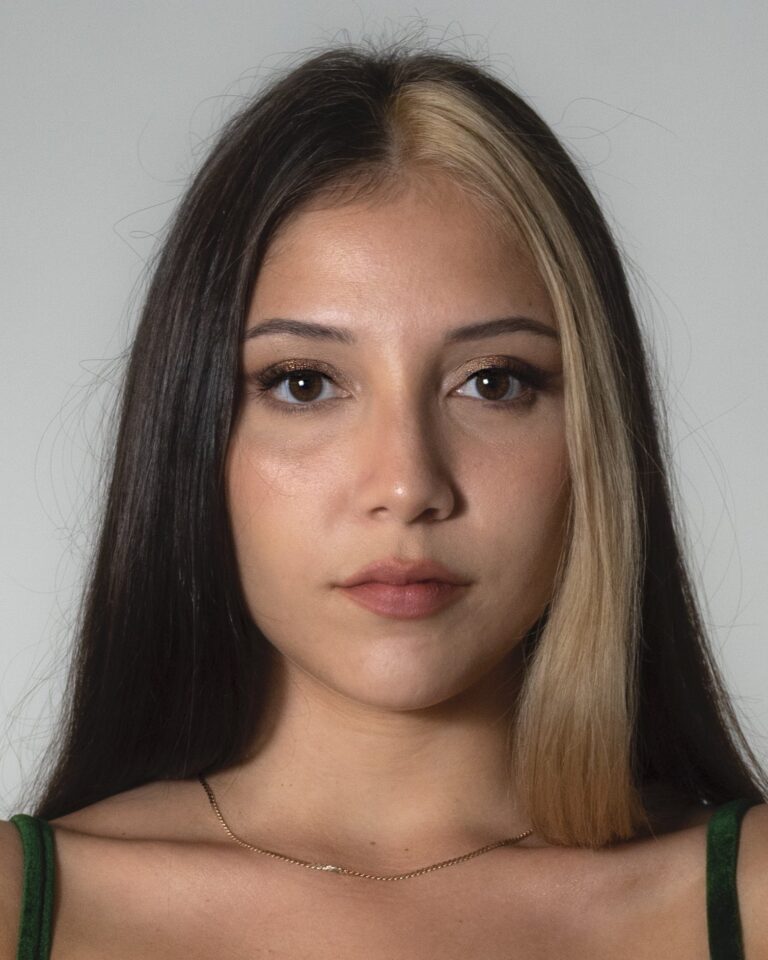 Mercedes Ventura in an emerging interdisciplinary artist based in Ottawa, Ontario. Mercedes’ work functions as autobiographical fiction examining ideas of identity, culture and social media. As a Guatemalan Canadian artist, Mercedes’ work is informed by the two cultures, her relationship to them and their relation to each other. She has been working on various photo, textile, and video projects as well as an Instagram account dedicated to performative self-portraits. In the spring of 2017, Mercedes received a Bachelor of Fine Arts from the University of Ottawa.

web browser created by artist Mercedes Ventura. The artwork features a fictional abandoned mall’s central plaza, containing a variety of items made from pixel art and crude graphics, reminiscent of early video game and web interface graphics. Though this space is completely void of any human avatars, the space is not empty. From discarded bags, furniture and speakers that play lounge music to the more unusual stray cat and indoor cloud, this constructed environment is filled with objects that the user can interact with in different ways. They may arrange the deserted mall however they wish, but also risk overwhelming the space with audio and visual clutter. The name of the work, Palmyra, refers to a fallen city (in what is now modern day Syria) that was once one of the most important cultural and commercial centers in the ancient world. Borrowing from vaporwave, a genre of electronic music and visual art style using 80s and 90s digital aesthetics, P A L M Y R A P L A Z A puts emphasis on the often-absurd nature of spaces, both physical and digital, built for consumer capitalism and pop culture.