Join us every week this fall to interact with works in audio, video, performance, video games. Subscribe to Knot Project Space’s in Space Grey podcast series to meet all the artists!

Terra Nova is set on Earth in the far distant future, this 2-player cooperative platformer explores what first contact between Indigenous and Settler peoples might look like thousands of years from now. The game follows the stories of Terra, an Elder Earthborn landkeeper, and Nova, a youthful Starborn inventor as they explore their respective environments and interact with the people in their communities. Players will explore and interact with characters to uncover mysteries of the past.

Maize Longboat is Kanien’kehá:ka with family at Six Nations of the Grand River and was raised on the unceded territory of the Sḵwx̱wú7mesh Nation near Vancouver, BC. He is a Developer Relations Manager with Unity Technologies and served as Skins Workshops Associate Director with Aboriginal Territories in Cyberspace (AbTeC) and the Initiative for Indigenous Futures (IIF) from 2019 to 2021. He holds an MA in Media Studies from Concordia University. His MA research examined Indigenous videogame development through the production of his own game Terra Nova, an award-winning cooperative platformer with an interactive narrative.

Gatineau Owl Event is a lofi beat composition that was created with a field recording of an owl from Gatineau Park. The recording was made by friend and musician Luciano Porto. The process of making this composition involves sampling, resampling, chopping and transforming the original field recording. Many new instruments were created from the owl sounds, namely percussive and melodic ones.

Gatineau Owl Event was produced as part of ‘She is Awakening’, a community art & sound project led by Myths & Mirrors and the Coalition for a Livable Sudbury in Atikameksheng Anishnaabek territory.  The project invited field recordings from all over the country to be submitted over the internet in the summer of 2020.  61 recordings were received and mixed into multiple tracks in the creation of 2 albums.

Emilio holds a BFA in fine art from Laurentian University, a bachelor of environmental design studies (architecture) from Dalhousie University, a permaculture design certificate, a natural building passport issued from o.u.r. ecovillage, & a masters of fine arts from the university of victoria.

NAUFRAGIOS (The Sound of no Shore) is an evocation of the cycles of life and destiny.

Born in La Habana, Manuel Piña-Baldoquìn is a visual artist and educator who lives and works in Vancouver. His works investigates the relation between technology, spirituality and justice.

Podcast Episode no. 1: A conversation with Emilio Portal and Manuel Piña-Baldoquìn

In this very first episode of Knot Project Space’s new podcast series, in Space Grey curator Anyse Ducharme talks with Emilio Portal about ‘Gatineau Owl Event’ and with Manuel Piña-Baldoquìn about ‘Naufragios (the sound of no shore).

In this second episode of Knot Project Space’s new podcast series, Ashley Bowa and Lesley Marshall talk about Green Gazing, a multi-experiential work composed of an immersive and interactive installation, a meditative movement session and a community discussion. 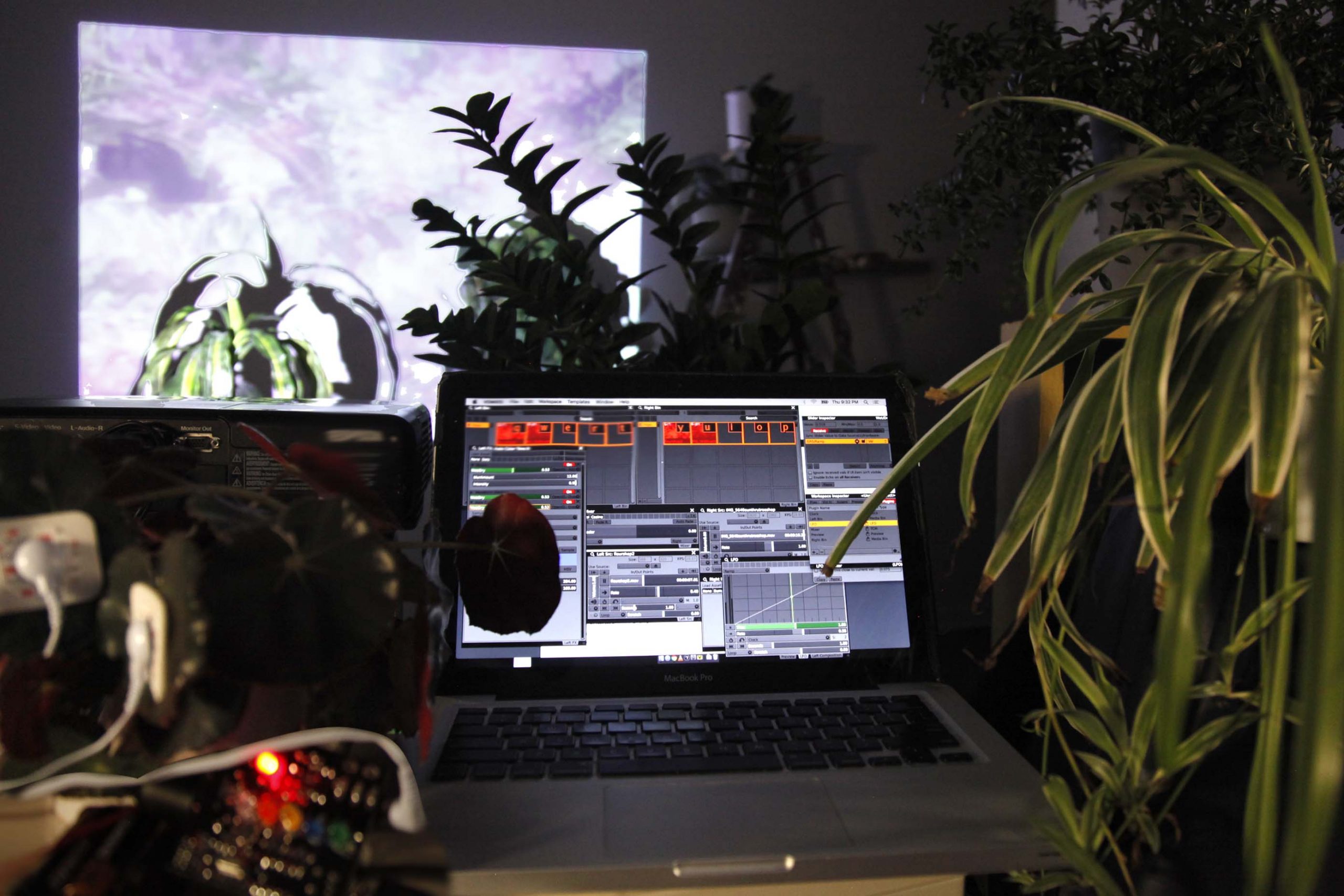 Combining an immersive and interactive installation, a meditative movement session, and a discussion, Green Gazing proposes a community reflection on our relationship to living things and the systematic roots of environmental degradation. In a room filled with plants, Ashley Bowa and Lesley Marshall use data generated by the vegetation and the gestures of the participants to create a live audio and video work. The artists will then invite us to contemplate the following questions: How can we revisit our relationship with the non-human world? What are the systemic biases reproduced by environmental movements? How can we move beyond the notion of individual well-being to imagine communities of resistance? Please take a complementary Field Guide and explore these concepts in your natural environment whatever and wherever that may be.

Ashley Bowa is an emerging filmmaker, media artist, and arts educator based in Toronto. She is also trained as a yoga, pilates, and is an instructor in outdoor education.

Lesley Marshall / LES666 is an award-winning filmmaker and intermedia artist. Projection art by Lesley has been exhibited at the National Art Centre, Montreal Jazz Fest, and Centre PHI. 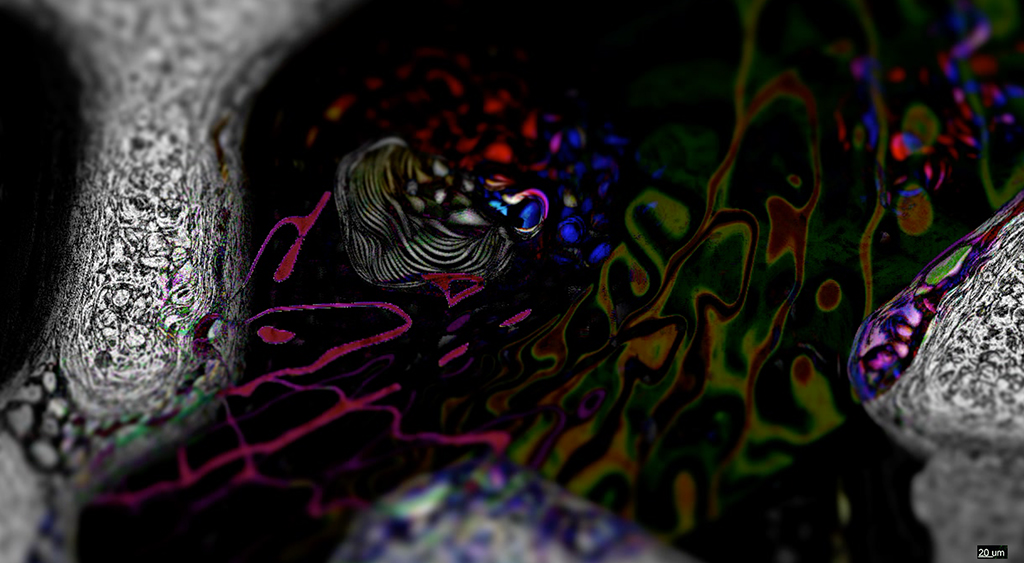 On a microscopic level, borders and boundaries collapse, our shared environment becomes more apparent. Carl Sagan told us, “Humans are a way for the Cosmos to know itself.”
Perhaps the {human}Holobiont is a way for the Earth to explore itself as a thinking, learning, self-assembling mass of microbes, bacteria and fungi.
A Chaos Consortia.

The visual representation of the grey space in this work is a collision and interaction between different information streams to visually represent an analog to the intersecting extremes of the black and white polarity of beliefs, facts and concepts. However, the grey space is not a fixed point between polar opposites; therefore, the composite image produced by the interaction of point cloud data from Canadian Boreal forest regions, with bio-data gleaned from living mycelium is in a constant state of change. At first, the flux of seemingly unrelated data streams creates a kind of noise that, when viewed over time, betray a sense of pattern evoking the building blocks of life itself on a nanoscale. There is no permanence or exact repetition to the visualization. Still, a powerful suggestion of the transience of all living things is conveyed through a virtual cycle of life and death, creation and decay.

Photogrammetry scans output as point clouds which have been fed into a code driven generative feedback loop. The Point cloud scans are being triggered from biodata that was translated in real-time from living fungi, which also create the soundscape.

Podcast Episode no. 3: chatting with Maize Longboat and Tosca Teran

In this third episode of Knot Project Space’s new podcast series, we meet with Maize Longboat to talk about what it was like to make ‘Terra Nova’. We also talk with Tosca Terán about working with mycelium & photogrammetry in ‘Chaos Consortia’. 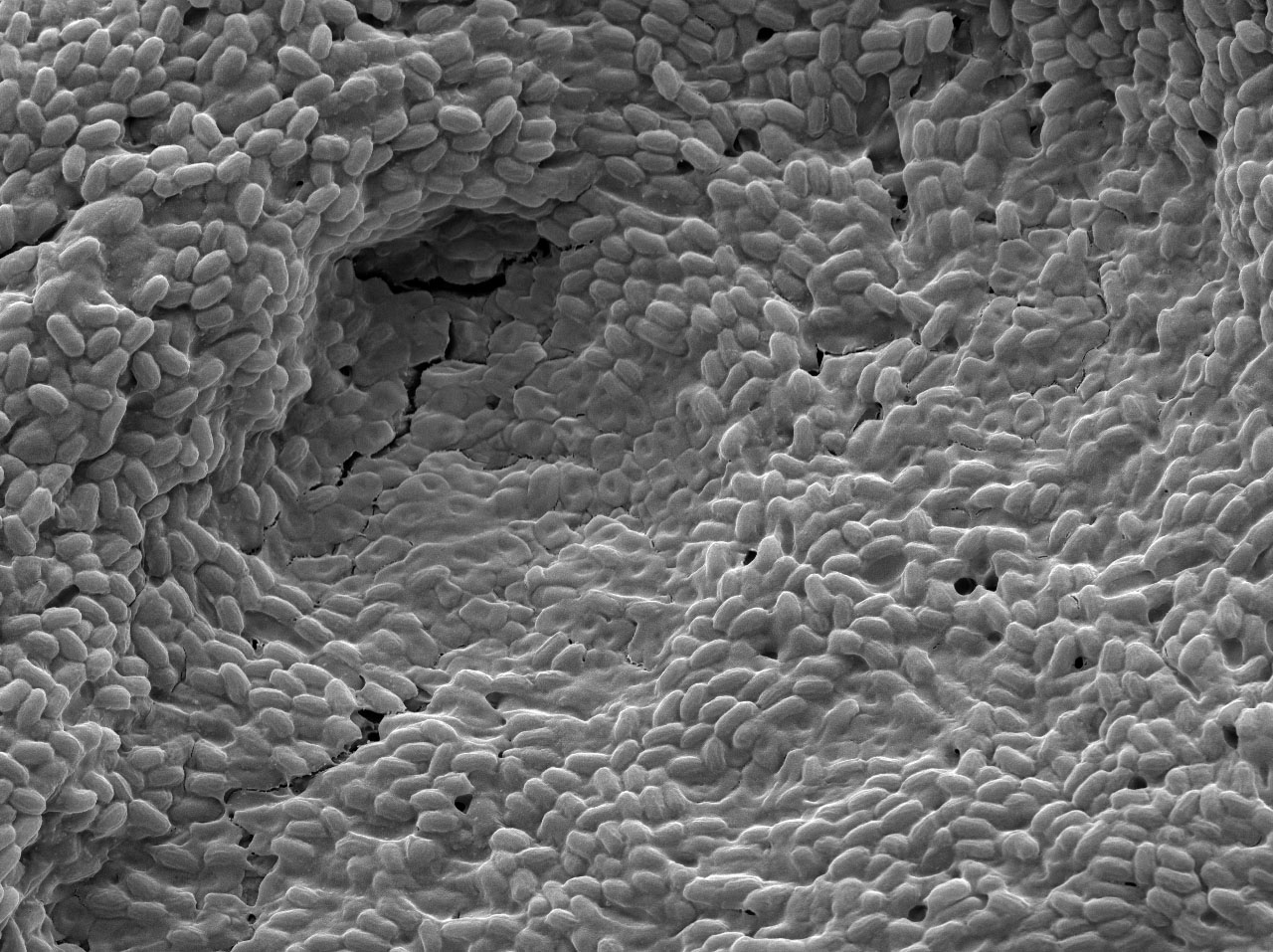 PROSPECTIVE FUTURES: THE AURELIA PROJECT was developed as part of the BIOTA series, facilitated by IOTA Institute, Halifax and is the first Faculty of Science bio-art residency at Saint Mary’s University. WhiteFeather worked as visiting scholar and artist-in-residence, hosted by SMU Senior Research Fellow in Environmental Science, Dr. Linda Campbell.

WhiteFeather’s intention for the project outcome was to make a ritual offering of gold-producing microbes to a poisoned site where settler industry has rendered a landscape useless and dangerous. The ritual would include a small bundle of soil, wrapped in cloth and inoculated with live C. metallidurans, buried in the toxic soil as a potent gesture of several interrelated concepts: microbial bioremediation, decolonization of land through bacterial re-colonization and providing a critical space for dialogue around the acts of industrial mining, settler/indigenous relationships (to land and each other), language/culture/landscape and further human intervention. Unfortunately, this gesture was not supported by the university for a number of reasons and instead a mock gesture was performed with witnesses onsite. The project resulted in the production of an 8-minute video with audio interviews by WhiteFeather and archival audio from the NS Archives collections, as well as 3D SEM micrographs of C. metallidurans microbial landscapes produced by WhiteFeather.

WhiteFeather Hunter is a multiple award-winning Canadian artist and scholar. She is a PhD candidate in Biological Art at SymbioticA/ The University of Western Australia, supported by a SSHRC Doctoral Fellowship, Australian Government International RTP Scholarship and UWA International Postgraduate Scholarship. Before commencing her PhD, Hunter was a founding member and Principal Investigator of the Speculative Life BioLab at Milieux Institute for Arts, Culture and Technology at Concordia University. Hunter’s practice intersects technofeminist witchcraft and biotechnologies with performance, new media, and textiles. Her current research was featured by Sigma/ Merck for International Day of Women and Girls in Science 2021.

Podcast Episode no. 4: a conversation with WhiteFeather Hunter & Tina Pearson

In this last podcast episode of ‘in Space Grey’, we talk with WhiteFeather Hunter about her process during ‘Prospective Futures: The Aurelia Project’ and with Tina Pearson about the breath and networked connection.