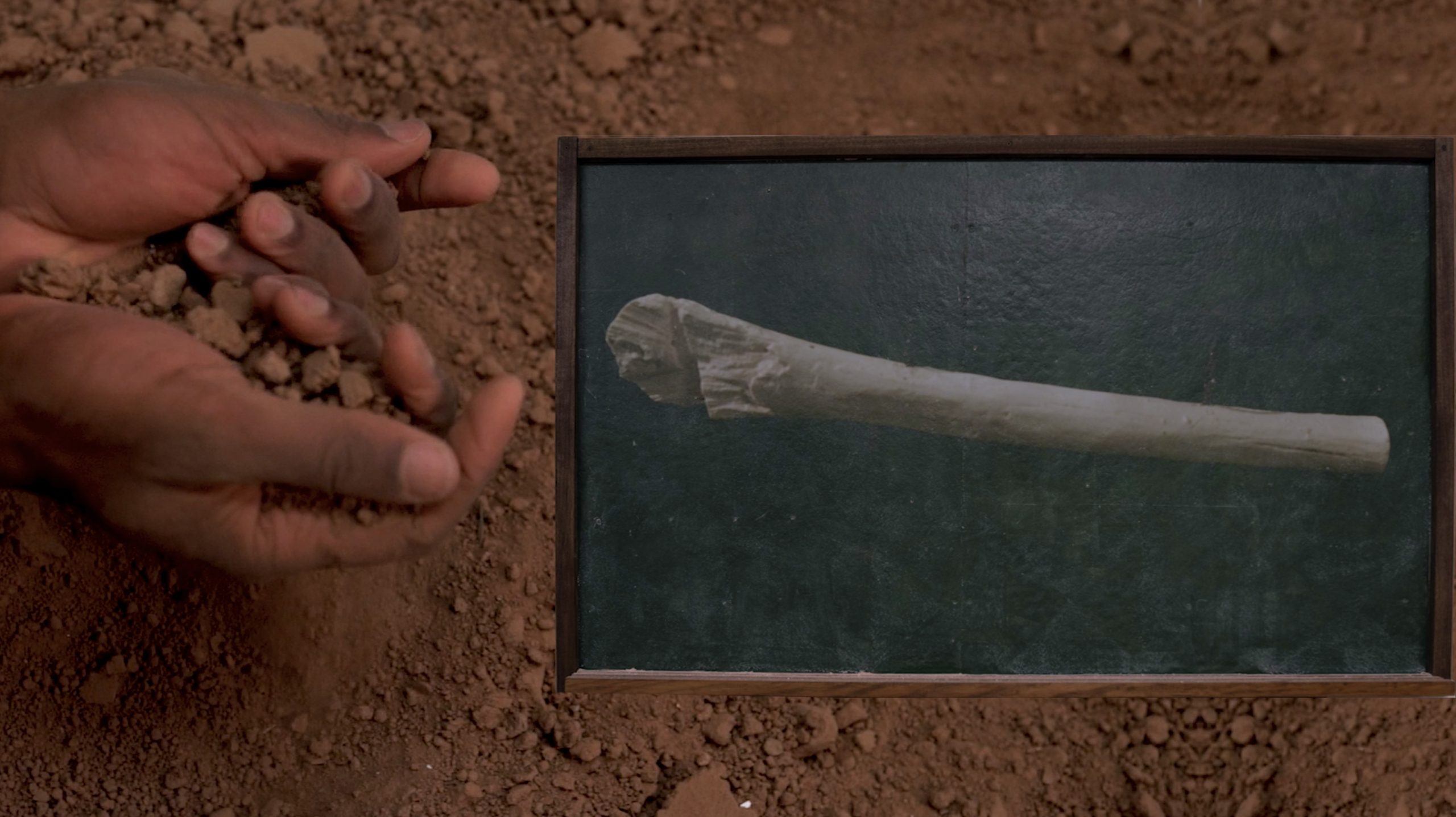 Ariel René Jackson: The future is a constant wake

Dates to be announced

The future is a constant wake* ponders a hypothetical narrative where the future is reconciled with historical trauma. Ariel René Jackson raises questions about the role that land can play in holding traces of a community’s past suffering—which continue to haunt the present, buried but not forgotten—possibly excavated to constitute alternative archives. Informed by Christina Sharp’s book In the Wake: On Blackness and Being, the work engages multiple meanings of the wake, such as rising from a slumber, holding vigil, or the trail left by the passage of a vessel, to reflect on the lasting agony of slavery, the ramifications of which are still felt by the world, and specifically communities of African descent. With a camera cast downwards, registering a choreography of limbs dancing on and with the soil, the work centers the ground as the source of future solace. When realizing that the land might contain the only evidence of oppression, in the guise of mass graves of enslaved people, and the impossibility of fully accounting for the scale of suffering buried below the soil dawns on the viewer, mourning blurs with exhaustion. The intimacy of the work, however, also hints at a glimpse of hope: that perhaps through an acknowledgement and interrogation of this distressing past lies a form of consolation, a possible release from the paralysis of perpetual pain.

Ariel René Jackson (b. 1991) is a Black anti-disciplinary artist (a term coined by Kearra Amaya Gopee) whose practice considers land and landscape as sites of internal representation. Themes of transformation are embedded in their interest and application of repurposed imagery and objects, video, sound and performance. Jackson’s work is heavily influenced by their Afro-Creole Louisiana heritage and Black American cultural language. Jackson is an alum of University of Texas at Austin (’19), Skowhegan School of Painting and Sculpture (’19), Royal College of Art Exchange Program (’18), and The Cooper Union (’13). Their work has been shown in the United States at various galleries and institutions such as the Dallas Contemporary (’21); Jacob Lawrence Gallery, Seattle (’21); Contemporary Art Center, New Orleans (’18); Depaul Art Museum, Chicago (’18); Rhode Island School of Design Museum (’17); and Studio Museum in Harlem (’16).

* Please note that Arts Court is closed to the public until January 26th, 2022 in accordance with provincial and municipal public health guidelines.