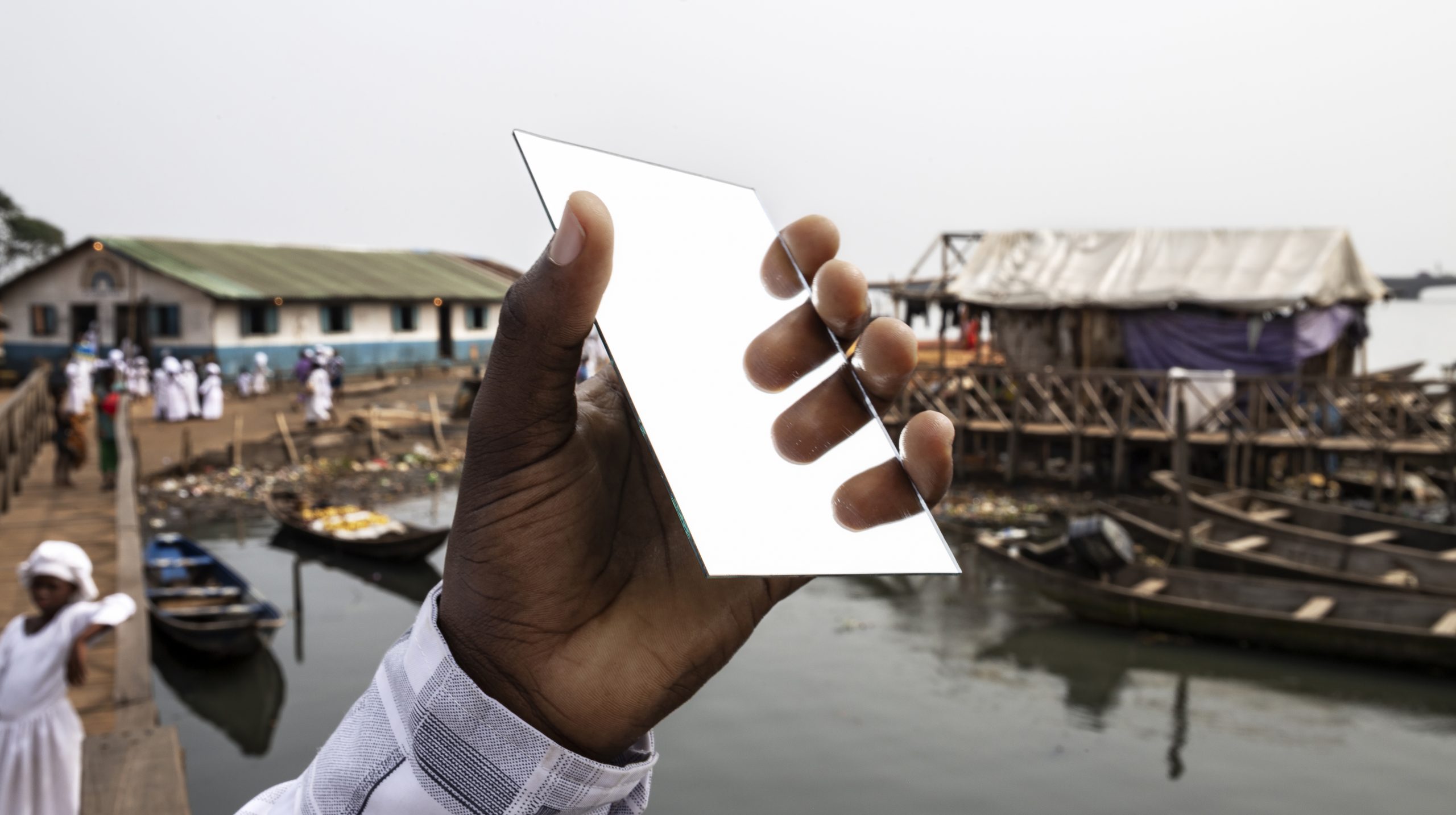 (Other) Foundations* traces a journey between Brazil and West Africa, on which the artist embarked in a quest to discover her family’s origins. In this contemplative work, Aline Motta raises questions about belonging to ancestral homelands, especially when the bond to those terrains was violently severed due to enslavement and forced displacement. The work equally examines the fraught relationship with the terrains where descendants of enslaved people find themselves, navigating a freedom that is all too recent, weighed down by oppression that has lasted multiple generations. Combining footage capturing scenes from Rio de Janeiro, Lagos, and other cities linked to the influential African Yoruba culture, as well as installations, music, and the artist’s reflections, the work is a poetic and open-ended letter addressed to land, and specifically water surfaces. Lakes, rivers, seas, and oceans are presented here as mirrors that evoke the ties and parallels between places, communities, and experiences across time. Underlying the work is the proposition that, instead of longing for the fictions of solid pedigrees and national affiliations, there are alternative foundations that are fluid, connecting both here and there.